Fly Fisherman Magazine's website reports a massive emergence of hexagenia mayflies along the upper Mississippi River in Wisconsin. The photographs and radar images - the hatch was large enough to register on radar - taken from local newscasts and the National Weather Service are ridiculous ... 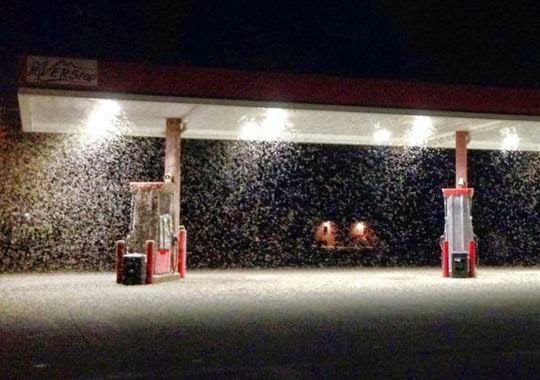 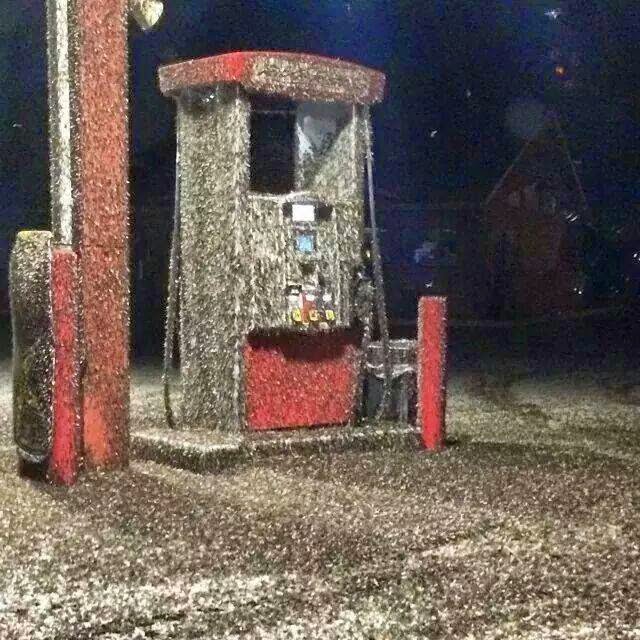 On Amy's Legs and Using the Tools We Have

I hated - hated - high school chemistry. Ionic bonds bored me. Covalent bonds made me angry. I practically hulked out over Graham's law, and Dalton's law - who needs that kind of pressure? The teacher, Mr. DeMarco, was a former NCAA wrestler who was more chemistry than teacher, and at times seemed a strange amalgam of Randy "The Macho Man" Savage and Raymond "The Rain Man" Babbitt.

Most days, Mr. DeMarco had more patience for nitrification and titration than he did for any of the young people he was teaching. He was perpetually angry; at only 5'6" tall and 150 pounds he may have been short of temper because he was short of stature, but more likely he just didn't appreciate having to deal with chuckleheads like me. I enrolled in his class not out of intellectual curiosity but for wholly prurient reasons: Amy Salvadore and her legs.

Amy Salvadore was ground zero for every feverish, hormone induced, adolescent daydream I ever had. God help me, but I could stare at her legs for hours. She was an athlete: a soccer player who as a high school student played in two state championships and eventually went on to play at the college level; her legs told the story of that athletic prowess. They were magnificent - magnificent. Amy Salvadore was my Helen of Troy.

Unfortunately, I never had the courage to try to convince Amy that I was the Paris to her Helen, the Antony to her Cleopatra, the Solo to her Leia. She was intimidating, aloof, and out of my league by any reasonable measure. My only solace was that while I was content to quietly fixate on her legs, Amy focused on her studies and soccer; she had no interest in the many boys that hovered around her like so many vultures circling a carcass.

From time to time, however, Amy would look up from her chemistry notebook and smile at me from across the classroom. Insecure as I was, I always looked away, embarrassed at having been caught staring. I should have thrown off my teenage cowardice and held her gaze if only for a moment. I should have returned her smile, and struck up a conversation after class. I should have been bold, swept her up in my arms, and carried her off to the locker room; I never did because I did not recognize those glances across the classroom for what they were - opportunities.

As I sit here at the keyboard, it occurs to me that writing The Rusty Spinner is a little like sitting in chemistry class and staring at Amy Salvadore's legs. Inspiration and opportunity are always just that close. Whether it's steelhead or trout, carp or bass, pike or musky - my next opportunity to write is never further away than a sloppy double haul. The trick is to recognize the moment when it comes, and be willing to take a chance. Sometimes everything comes together, I catch a few fish, and write something that may actually be worth the reading. Other times, not so much.

For the first time in over 20 years, I today found myself thinking of Amy Salvadore's legs as I stepped out of the shower and reached for the bath towel that hangs from the back of the bathroom door. Imagine my dismay at having discovered that someone - likely one of the three gremlins my wife and I spawned some seven years ago - absconded with my moisture wicking, Turkish cotton towel and left in its place a toddler's hooded body swab. More to the point, I was left to use this ...
And there it was, my Amy Salvadore moment of inspiration: a diminutive caricature of an 18th Century pirate masquerading as a grown man's bath towel.

Bear in mind, that at 6' 3" tall and 300 pounds on the very best of days, I've quite a lot of surface area to cover. Anything less than an over-sized beach towel just isn't going to do the job very well. It's a simple matter of mathematics.

Needless to say, I didn't have many options. I could have swabbed myself with toilet paper, but the price of top shelf, double ply T.P. made that a cost prohibitive choice. I could have gone into my wife's cabinet, grabbed a handful of the cotton balls she keeps, and used that wad of cotton to dab the essential areas. The risk of chaffing made that an equally bad choice. I could have streaked from the bathroom to my bedroom, but as I've already said there were children in the house. With all I've done to mess with their minds over the years, I just couldn't bring myself to brand them with the indelible image of naked Big Daddy darting down the hallway. Wait for the air to do its job? Who has the time? Not this guy. I had no choice; it was the pirate towel or nothing.

Finally - after much rambling and digression - we come to the point, and the point is simply this: use the tools you have. How many times have we missed out on a moment because we weren't properly equipped? We show up to the river and discover that the hennies are done and the sulphurs have begun. Of course, we've left our box of sulphurs at home. Maybe we packed our waders but forgot to pack our wading boots. Perhaps we brought a 5# rod, but grabbed a reel mounted with a 7# line. We finally arrive riverside after a 40 minute drive, discover our mistake, and rather than take a chance we head back home, cursing our own stupidity along the way.

We've all been there - all of us - and while a toddler's pirate towel may not be the best tool for the job, it will still get the job done. Trust me. I know. I also know that hendrickson emergers and nymphs will continue to take fish during a sulphur hatch. Sneakers work every bit as well as our over-priced, sticky rubber, didymo resistant wading boots. Put a 7# line on that broomstick of a 5# rod, and you might discover you're casting better than ever before.

For my part, I'm going to chase muskies with an 8#. I've been putting off a muskie trip because I've convinced myself that I need a 10# before I go. Fly fishing companies must love that type of thinking, and it is just so much nonsense. No doubt the 10# is the better choice, but I'll get the job done with a lighter rod. As I see it, using the 8# may actually do more to improve my skills as a bug chucker and fly tyer than using what some folks might suggest is a more appropriate tool. So long as my line is in the water I've a chance, and a chance is all I really need.

If nothing else, I can say for sure that in twenty years I won't be looking back on this moment and wondering what could have been.