If nothing else, New York's Salmon River has its share of personalities. Just in case you need proof that one never knows what one might find while digging through YouTube for steelhead videos.

No time to write anything witty or introspective ... 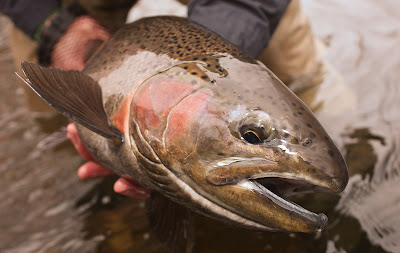 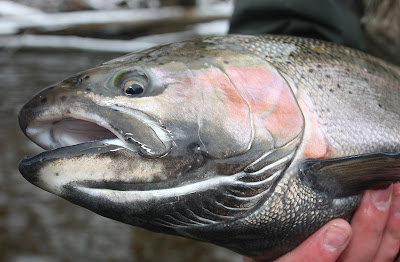 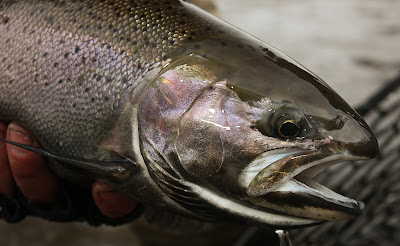 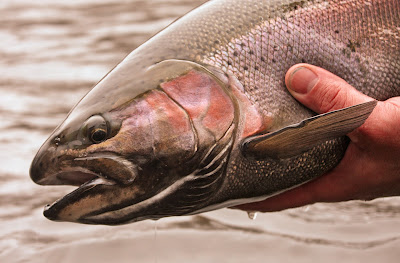 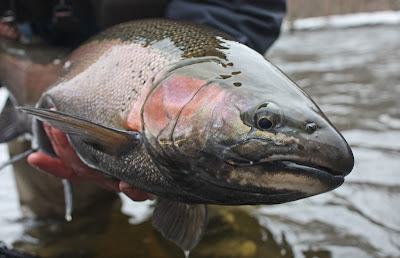 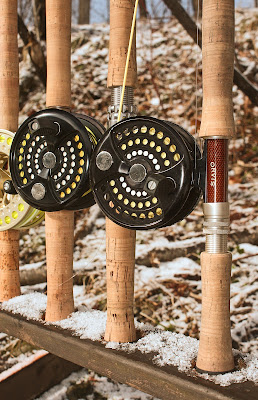 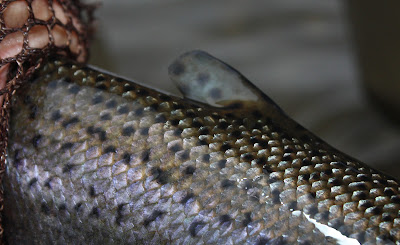 I've a number of friends and acquaintances who are involved in the business of fly fishing. When I say business, I do not mean that they work in retail or in the periphery of the industry - I once worked the retail end of things; retail is business, but it isn't the business (at least insofar as this post is concerned). Neither are these folks guides, outfitters, or tyers. They do not write product reviews or report on "insider gossip." They work to manufacture a product, and bring it successfully to market. They design rods, form the mandrels, and build the blanks. They test waders and new boot treads. They experiment with tying materials, and they pick new patterns to offer in new catalogs.

Standing outside the cage and looking in, I have to say that the process seems overwhelming. With a wary eye careful not to betray anyone's confidence, I would like to share with my readers a conversation I had recently with someone who lives and works inside the cage. The topic of our conversation was the utter ridiculousness of the particular nuances of contract and commercial fly tying.

Imagine you're a commercial tyer. Every year you fill dozens of orders for thousands of flies. You've been tying for three or four decades, and in that time you've tied just about any pattern asked of you. Thousands of Adamses and Clousers, Muddlers and Buggers, Hendricksons and Gotchas have passed from your vise to the tippets of a thousand nameless anglers. As the years progress you notice a subtle change in the flies you're asked to tie, and the orders you're required to fill. Increasingly, the flies call for plastic bodies, rubber legs, and polypropylene wings. Natural materials are giving way to synthetics. Flashabou, Krystal Flash, Gloss-n-Glint, Estaz, Laser Dub, Holo Fusion, Mirror Flash, Loco Foam, Angel Hair, and EP Fibers have replaced saddle hackle, silk floss, calf tail, and wood duck.

Holo what? Loco who?

What you wouldn't give to go back to the days when Swannundaze was all the rage.

But it isn't just the flies that are changing; the men and women who create and originate them are changing too. With such an array of materials from which to choose, tyers have become more innovative and less likely to abide by any particular tradition or school of thought. This is a good thing. If nothing else, this new breed of fly tyer has forced a debate on just what a fly is, and how flies differ from lures or bait. As contentious as it sometimes is, even this debate is a good thing.

Unfortunately, contract tyers have also become a bit more territorial. Increasingly - or so I am told - tyers insist on attaching their names to their flies. This isn't unexpected, it certainly isn't a new phenomenon, nor is it difficult to understand; fly tying is more functional art than science, and artists have signed their work since the days when caves were their canvases. The problem is that an abundance of people wish they were involved in the fly fishing business (or at least what they think is the fly fishing business), and they see fly tying as a vehicle upon which they might rocket themselves to piscatorial prominence (whatever that may be).

Look through any fly fishing catalog, and you'll surely see what I mean. A significant number of the latest and greatest fly offerings will bear the names of their originators. It's a rare occasion when a tyer takes himself out of the equation, and names an entire series of flies after a thespian of note, and gone are the days when tyers named their creations after good friends, prominent clients, or the local postmaster. Yesterday's tyers relied upon the deadly effectiveness of the pattern and its reputation to bring some small financial reward.

Tyers are not only naming flies after themselves, but they're also trademarking their creations, and patenting the techniques used to construct their flies. I'm guessing the argument here is that the patterns may be easily copied, and this process forces wholesalers and retailers to pay a premium to use the recipe. What happens as a result? Wholesalers and retailers don't offer the fly. The tyer loses his or her commission, the shop loses sales, and the angler loses what is potentially an effective fly.

So count this post as my appeal to everyone in the business, and to those who hope to be in the business. Stop the foolishness. No one ever made a fortune as a fly tyer. Give up the dreams of stardom. Tie because you enjoy tying. Tie because you enjoy catching fish on your own flies, or better yet, tie because you enjoy watching someone else catch fish on your flies. And please ... please ... if you tie for a living or to otherwise augment your income, remember that fly tying is a surer path to poverty and notoriety than it is to fame and riches.
Posted by BKill at 11:05 AM 1 comment:

The Super Bowl was a grand spectacle; a nail-biter that was exciting in a way only the most media saturated sporting event on the planet possibly could be. There were dropped passes and heroic catches, locomotive runs and smothering sacks, genius play calling and misguided officiating. All the ingredients were there. 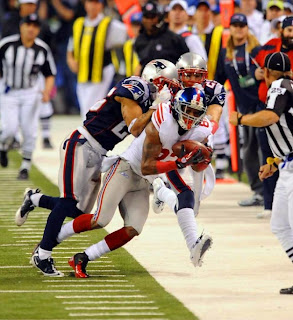 Half-time was an extravaganza, featuring a 53 year-old, former pop diva who showed that talent and sex appeal aren't reserved for strung out twenty-somethings. Yes ... this year's Super Bowl was something special.


But I wouldn't know. I didn't see it. There were steelhead to catch.
The day of the Super Bowl may be the very best day of the year to hit the Salmon River. The game is a filter that processes and removes all but the most dedicated bug chuckers from the steelheading equation. Add to that the recent snow melt and the resulting high water, and you've a perfect storm of absenteeism. In what is arguably the most popular section of the most popular steelhead river on the east coast, I could count on one hand the number of people who fished within sight of our group. For most of the day, we had the river almost entirely to ourselves. 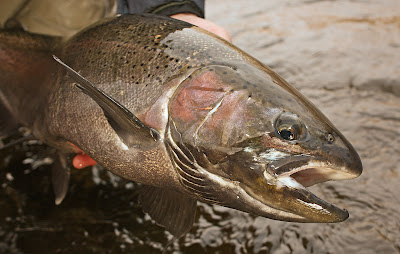 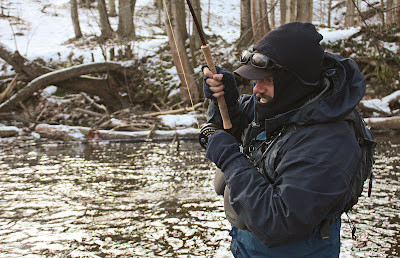 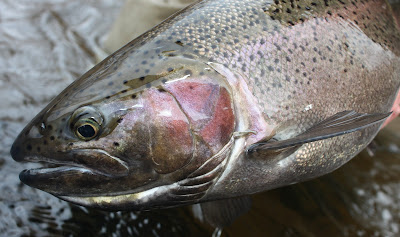 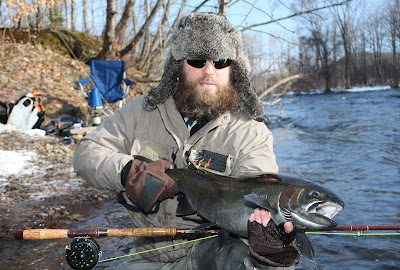 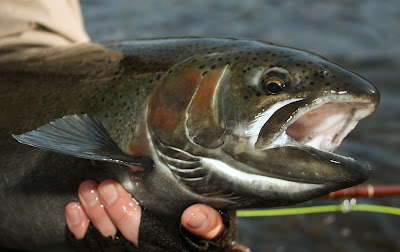 Resurrection of the English made Orvis C.F.O.

When I began writing this post, I struggled to find just the right words for the title. Originally, the headline simply read, "Rebirth of a Classic." After giving it some time, I thought the title needed to be a little less trite, a lot less nebulous, and I wasn't sure I liked the connotation of the word rebirth. To be reborn is to live again, but to be somehow changed in the process.

Consider Stephen King's, Pet Sematary. The beasts that crawled from the graves of that burial ground were not the same as they were before they died. Certainly ... yes ... they were reborn, but they were merely grotesque shadows of their former selves. No, I couldn't reference rebirth in the title. That zombie child, Gage ... far too creepy.

In a move that is sure to surprise collectors and aficionados, the Orvis company has decided to resurrect the original C.F.O., and release a limited edition fly reel that is made in England by the Hardy company. Yes ... made by Hardy ... in England. The resurrected C.F.O. will only be available in size III, and production is likely limited to fewer than 250 units. Such lineage and limited production suggests the reels will demand a premium.

As I am sure you can see in the photograph, the new C.F.O. retains the hallmarks of the early reels (spindle cap, rivets through the back plate, slim reel foot). The production run will use all the original tooling used to craft some of the earliest variants of the C.F.O., and once machined, these new reels will be anodized rather than painted.

Most bug chuckers wouldn't notice these reels while flipping through a catalog. I'm sad to say that classically styled spring and pawls have been replaced by large arbors, sealed - stop a sub - drags, and custom camouflage anodization. I suppose this is what some people call progress. Maybe it is, and maybe I'm just a curmudgeon. Whatever the case, I have to say that the collector in me is excited to see this new reel, first hand.

If I was especially brave, I might even throw a line on one, carefully mount it to my old Far and Fine, and fish it at the height of the hendrickson hatch.