This Is Why I Stick To Steelhead

Email ThisBlogThis!Share to TwitterShare to FacebookShare to Pinterest
Labels: Fuck That, Hammerhead, My Wife Says Poor Stingray, No Really - Fuck That, Repeat After Me - I Am Not At The Top Of The Food Chain, Shark Fins Aren't That Tasty

A great video, but I have to admit I'm only posting it here because it features the greatest animated character in all of television history.


Boring Day from JensenFlyFishing on Vimeo.
Posted by BKill at 5:56 PM 1 comment:

Don't Be This Guy

With salmon season just around the corner and steelhead season following close on its heels, you'll want to make sure you're not this guy ...

Of course, a fifteen minute walk in any direction from any of the Salmon River's public access areas will likely buy you all the solitude you'll need.
Posted by BKill at 11:59 AM No comments:

Email ThisBlogThis!Share to TwitterShare to FacebookShare to Pinterest
Labels: Altmar, Can't We All Just Get Along, Curb Stomp That Ass, Nonsense, Pulaski, Salmon River, Spartacus

When my wife was pregnant with our triplets she gained 100 pounds. One hundred pounds, and our children were six weeks premature. Of course, much of that 100 pounds was fluid; some of it - 15lbs 14oz to be exact - was baby. Most of Amy's weight gain, however, must have been love and hopeful anticipation because not once in seven and a half months of pregnancy did my wife complain. She was a trooper, and entirely dedicated to the well being of the lives growing inside her. All that having been said, she was more than happy to be rid of the weight once our children were born. 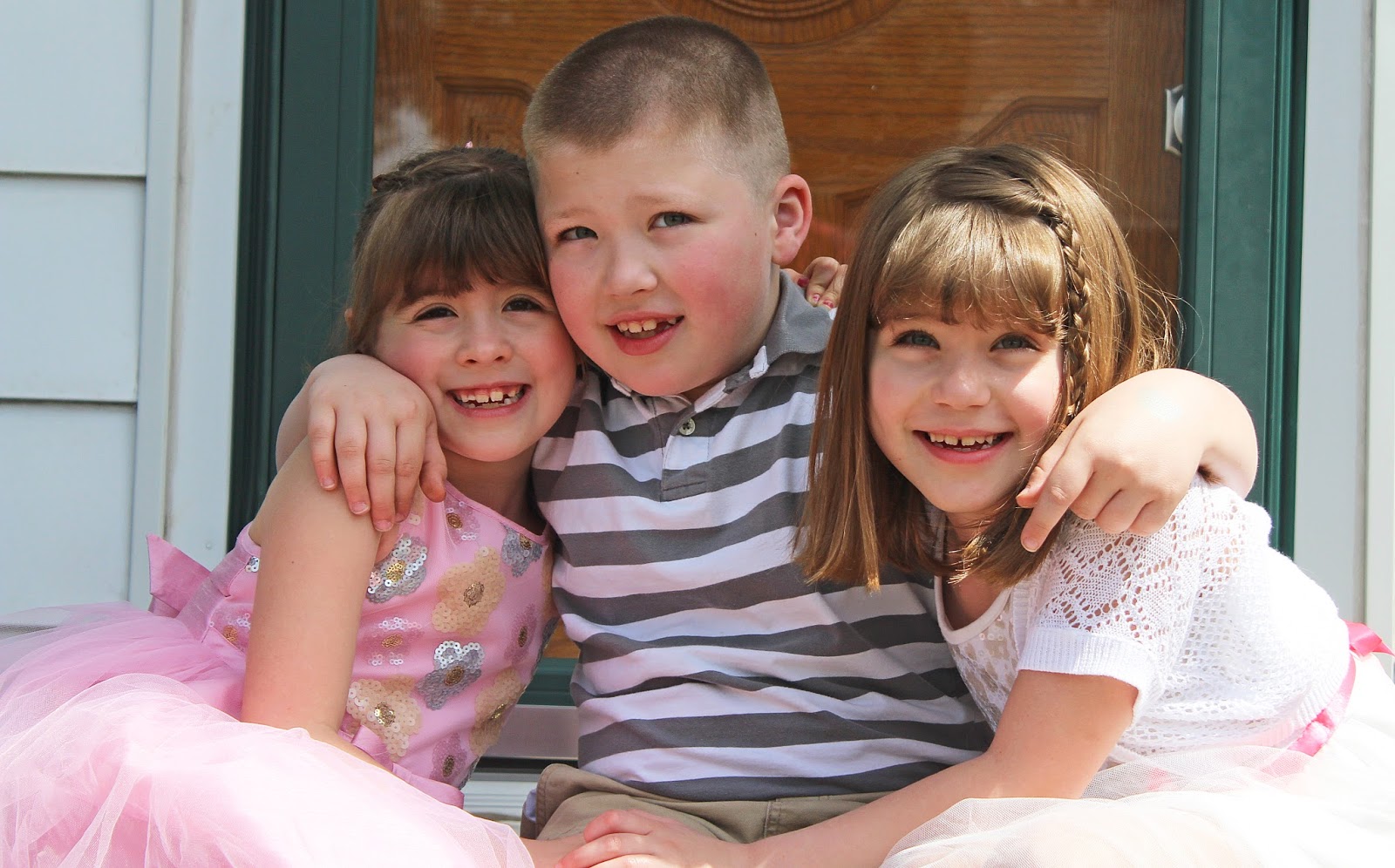 Any of the three people who regularly read The Rusty Spinner are sure to know that this blog focuses much more on the why of fly fishing than it does the how of fly fishing. The how is done to death, and when it's done well, it is done much better than I am likely to do it. Over the past several years, however, I've had something of a revelation in my carp fishing that I think bears sharing: to follow the example of my wife and lose the weight. 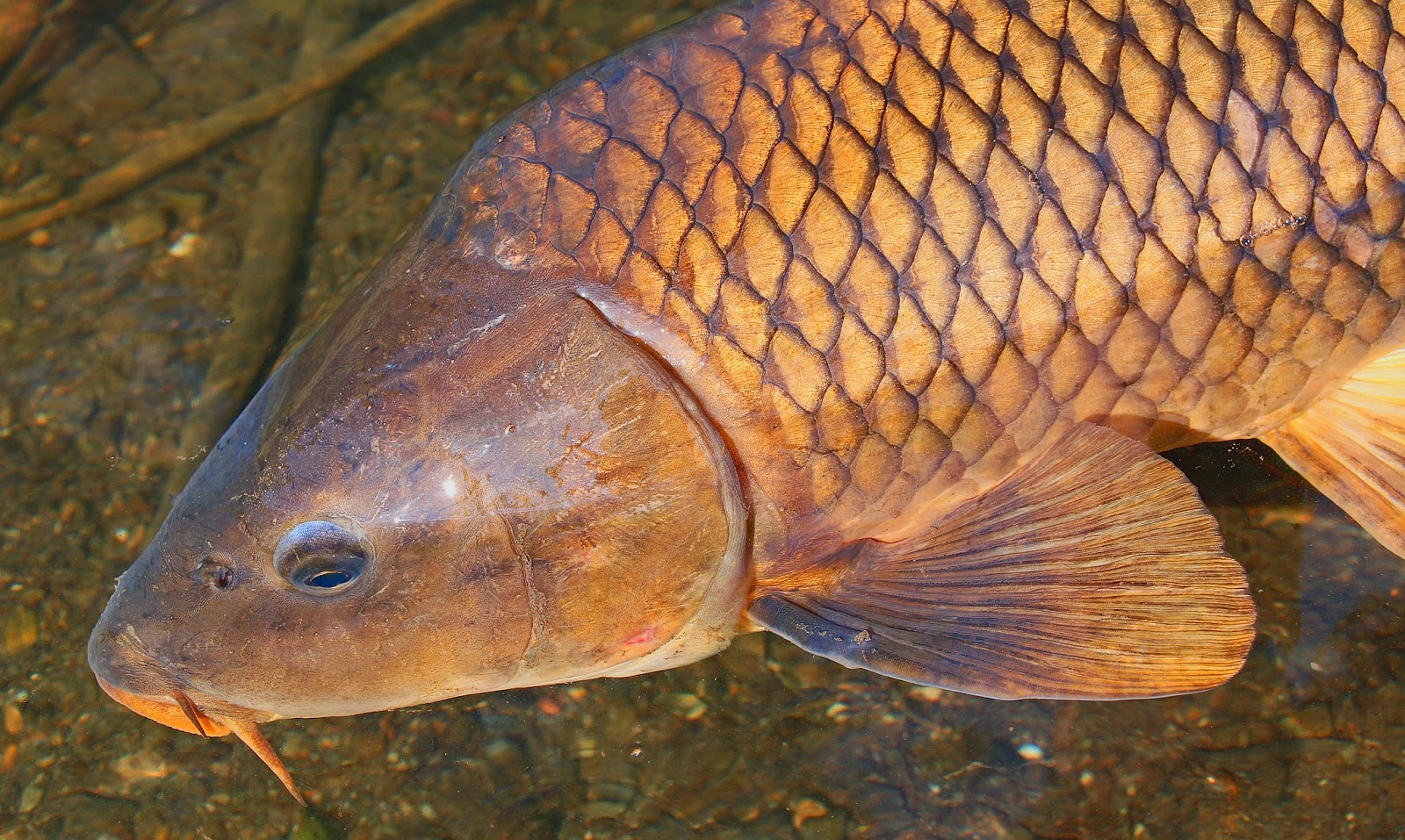 I've been fly fishing for carp for over twenty years. When I began, I did what most bug chuckers do when they start chasing carp: I threw woolly buggers at them and hoped for the best. A typical outing had me fishing my home river for smallmouth bass, never targeting carp specifically, but always hoping I might find one willing to eat. Every so often I'd get lucky and cross paths with an enthusiastic fish rooting in the shallows, but these carp were always much more likely to spook than they were to take a #4 cone head woolly bugger. 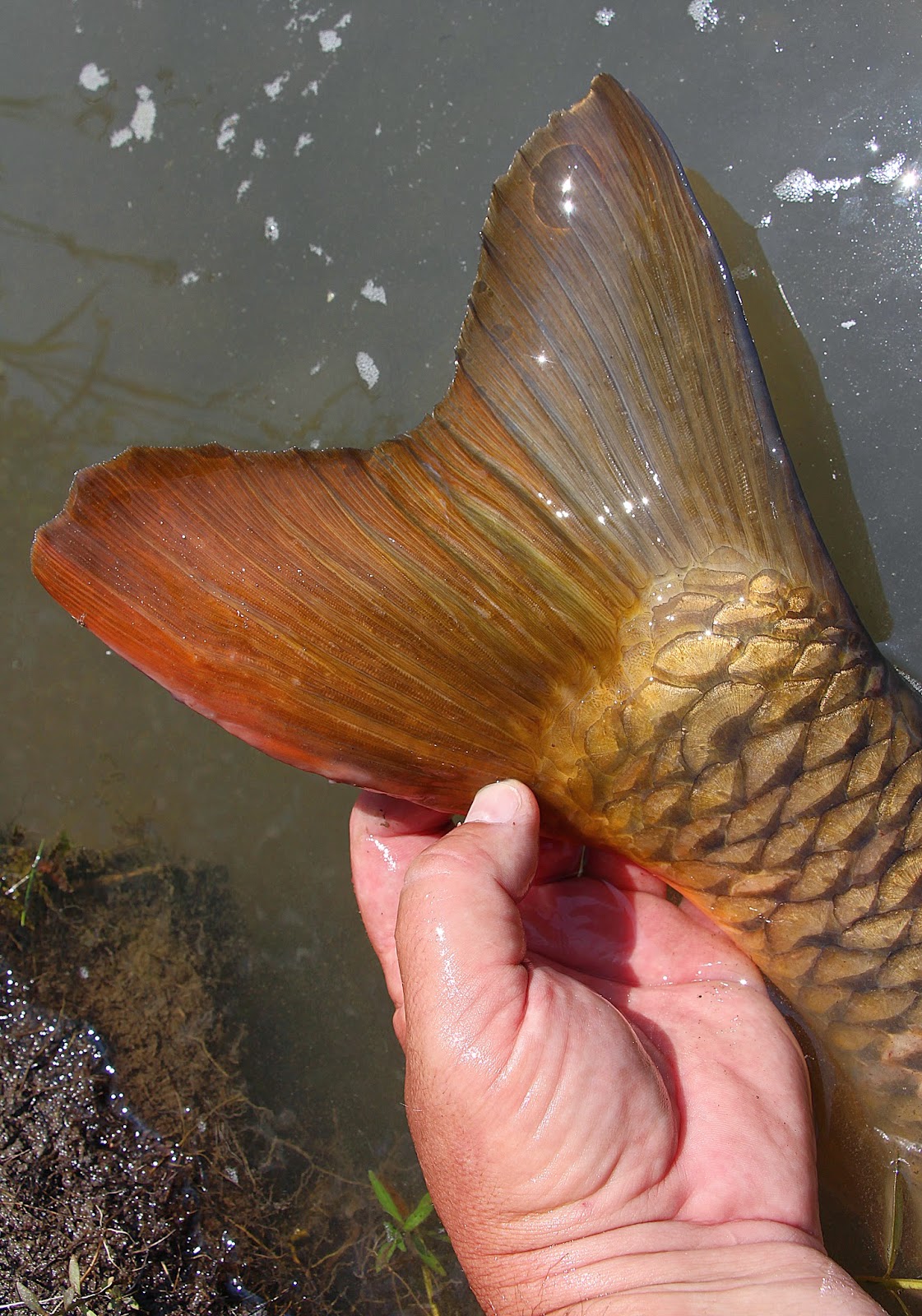 As I matured as a carp angler - if such a thing as possible - and began to chase carp to the exclusion of other species, I tied flies that I thought would be more to their liking. These bugs were almost always constructed with tailing carp in mind. That is to say that they often mimicked crayfish and were heavily weighted - usually with beads or lead eyes - so that when cast to actively feeding fish they would drop straight to the bottom where tailing carp feed. If my casting was on point then chances were reasonably good that a fish would take. If my casting was off - even the least little bit - then the fish was likely to spook. Sometimes, the mere splash of my weighted fly entering the water was enough to send entire pods of fish scattering across the river. 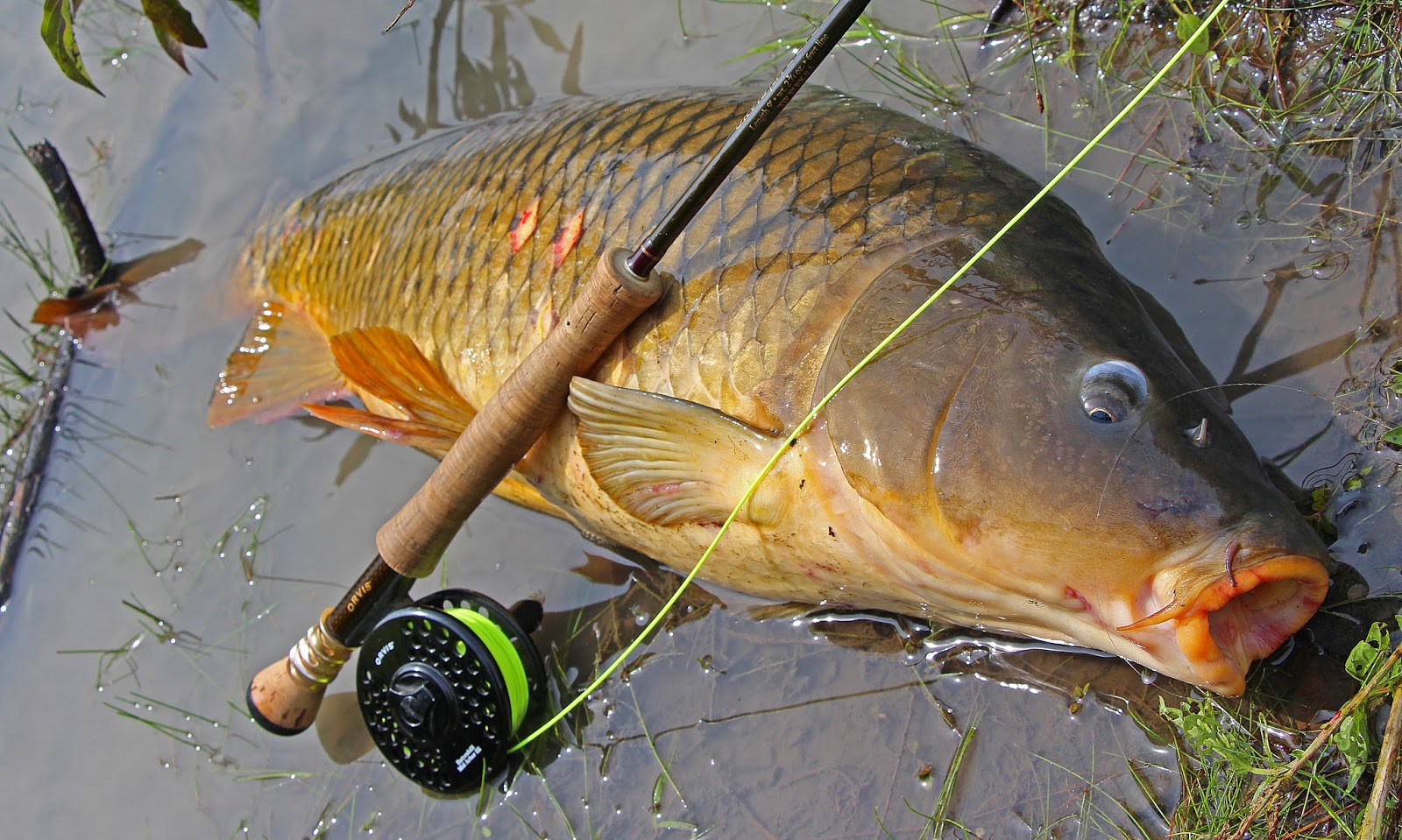 And this is why I've decided to lose the weight. Small unweighted flies enter the water with much less commotion than do flies tied with bead chain, barbell eyes, beads, or even lead wire. As a consequence, I'm able to make multiple presentations to fish that would likely spook if presented with larger and heavier offerings. If made to guess, I would say that on average I am able to make five or ten times as many casts to fish when I am using unweighted flies than I might make with weighted offerings. I'm not a mathematician, but I'm fairly sure this makes me five or ten times more likely to hook a fish. 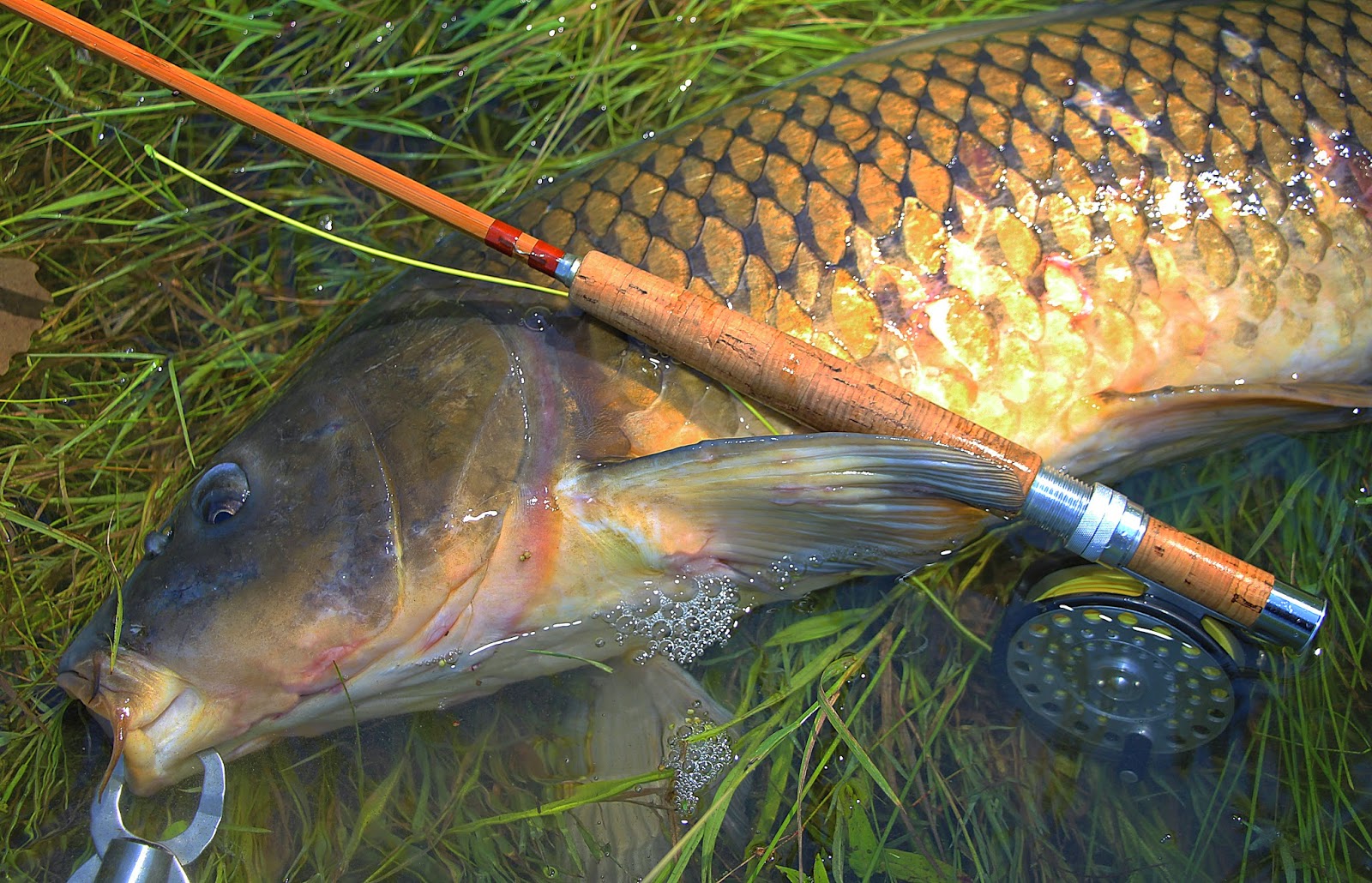 Of course, fishing with unweighted flies in the the rivers I frequent does present a particular challenge. If my target is rooting on the bottom or suspended mid column then I must cast far enough upstream to allow my fly time to sink into the fish's field of vision. More often than not, the carp I chase are unwilling to move very far in following a fly so my presentation must be in the fish's lane to be at all effective. This can prove difficult at first, but any bug chucker who has spent time fishing for stream trout has likely had thousands of opportunities to practice. 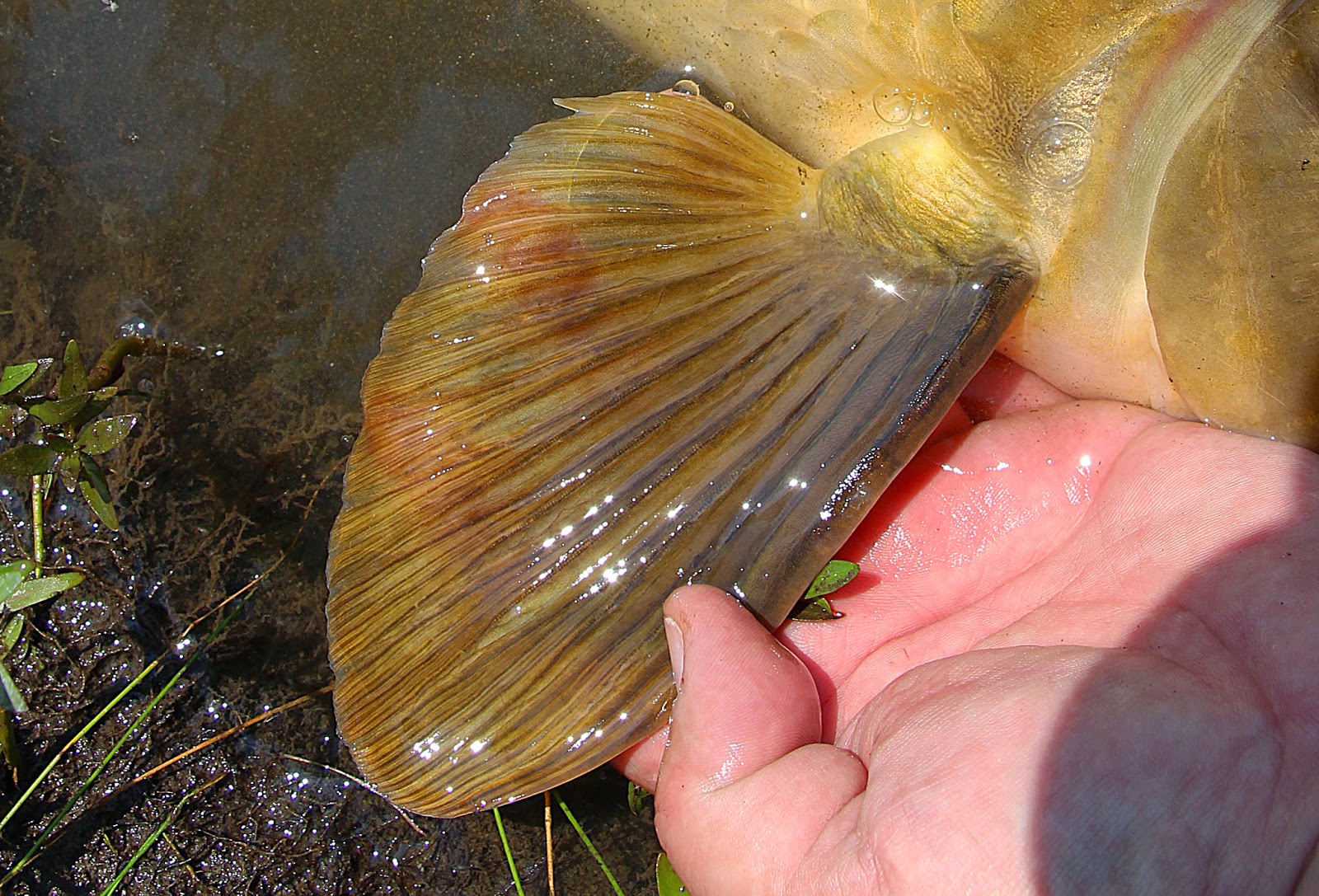 It's that time of year when I start to daydream of steelhead. Of course, we have to make it through the summer and then salmon season, which brings us to this video ...


It's a little dated, but worth watching nonetheless. Forward to 3:00 or so to see the most interesting part.
Posted by BKill at 12:47 AM 1 comment: