We were on the water by 3:30 a.m. because had we not been there at 3:30 a.m., we might not have been there at all. Easy fishing means a hard wake-up, and there are few spots on the river quite as easy - or as popular - as this particular run. We wade only a few feet from shore, make a simple switch cast to the right, follow a short drift to the left, and keep our rod tips high. The process is about as idiot-proof as the ubiquitous, "lather, rinse, repeat." We can usually count on every ninth or tenth cast being punctuated by a giddy "fish on," and the frenetic dance of a winter steelhead. It's embarrassingly easy fishing. 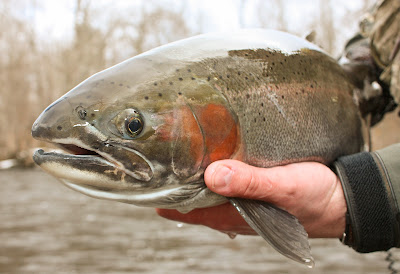 From time to time, we bug chuckers need to know we're doing things right, because so often we cannot make the magic happen. Really, it's not our fault that things do not go well. There are so many variables for which we must account that every time we step into the water the odds are almost certainly stacked against us. We bug chuckers are sensitive creatures. We need constant reassurance, and every so often we need easy fishing.

Our shared curse is that easy fishing very easily becomes tedious. Was it Sparse Grey Hackle who gave us the story of the angler who dies and goes to heaven?

A bug chucker passes away, and in short order arrives at the pearly gates to find a glittering trout stream with respectable trout rising in every run. The fish take on every cast; our celestial feather flinger can do no wrong. Every drift - every single drift - results in a fifteen or sixteen inch fish brought to hand.

And it never stops. Never. The fish are never any bigger. The cast is never particularly difficult. The fly is never wrong. Before long our deceased brother realizes he isn't in heaven, not at all. 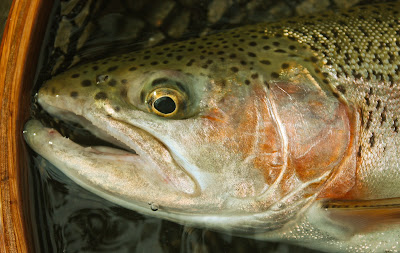 The message is a poignant one. Fly fishing isn't supposed to be easy - at least, not all the time. We need difficult days on the water - days that test our resolve and question our ingenuity - if for no other reason than to help us appreciate the easy days. It's the difficult days and the most stubborn fish that keep us coming back.

I'm reminded of one such fish on an otherwise nondescript little stream, the name of which shall remain a mystery.  The brownie - all 14 or 15 inches of him - was showing himself at the height of the day's hendrickson emergence. He rose regularly enough; every ten minutes or so his nose would break the surface as he sucked down another struggling dun, and therein lay the rub.

The trout felt free to rise because he was very safely tucked in tight to the bank, underneath no less than three feet of overhanging brush whose lowest branches nearly painted the water. A small eddy at the head of the lie precluded an upstream cast. Taking the fish meant a perfectly placed cast, precisely the right fly, and more than a little help from the river gods.

Whether or not I caught the fish is of little consequence. The point is the memory of the pursuit. I remember every movement of that diminutive brown: the way the water would rise in an arc before his snout broke the surface, the red and black spots that formed a diamond just before its eye, each take of a fluttering dun as my poorly dressed imitation floated mere inches away.


No, the fish wasn't very big. On most afternoons I would likely have abandoned him in search of easier and larger quarry, but at least ten years have passed since I struggled with that brown, and here I am recounting its memory.

That little fish made me work.

I think it's the working for them that makes them remarkable.

They Keep Getting in the Way

I am sad to say that any chance I might have had to zip a carp - before the end of March and prior to the official start of New York's trout season - has likely come and very quickly gone. The fish haven't cooperated just yet, and the weather is set to remind us all that March is still Mother Nature's idea of a winter month.

We did manage to hit the river again today, but only for an hour or so and very late in the evening. Every fifth or sixth time our flies hit the water, hungry bass would pounce all over them. This would be tremendous if it were June and bass were our targets, but they were not. We were targeting something bigger and slimier, with lips that are much more ... rubbery. 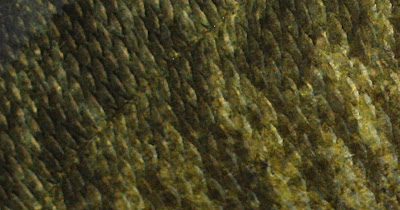 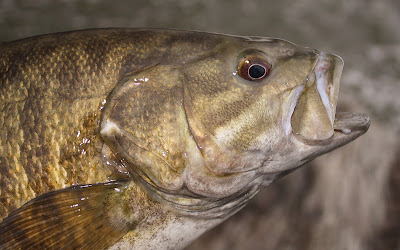 When Suckers Think They're Salmon

I spent yesterday on the phone with fishing guide and friend, Drew Price of Master Class Angling. Drew is a dedicated warmwater guy (although he's also an exceedingly competent trout bum), and the recent warm-up has him in fits. Apparently things are happening on Lake Champlain. He was so animated as he told stories of spawning bowfin and outsized pike, that the tremble in his voice was simultaneously exciting and alarming.
﻿﻿
﻿﻿"They've already spawned out Mike."

"What, the pike? Early, sure, but really not that early. It is the third week of March, Drew."

"No Mike. The bass. The bass have already spawned."

"Oh, come on now Drew. New York and Vermont bass aren't spawning until April or May. Besides, how could you possibly know? Sorry but I'm calling Shenanigans. Shenanigans, Drew. Shenenigans."

"Just shut up and listen to me ... please. These fish are spawning. I spoke with Shawn Good - the fisheries biologist for Vermont Fish and Game - he confirms it. This is a year like we've never seen. The fish are aggressive, and they're accessible. You need to get up here. Yesterday."

And so was born a plan for what may end up being my first real warmwater trip of the year. Drew and I will be fishing soon, stalking the back bays of the big lake for carp, bass, bowfin, pike, and maybe even a musky. The great irony - of course - is that we'll be doing it in March, just days before the official opening of trout season in New York. I say that presuming that Drew isn't booked for a trip, and with the fishing heating up as it is, he very well may be. 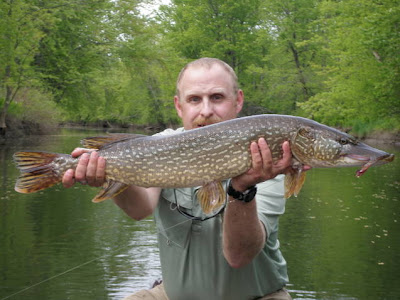 Funny how quickly I can be convinced to forget about hendricksons.
Posted by BKill at 12:38 PM 1 comment:

Managed to get out for a short scouting expedition ... word has it that carp and pike are starting their spring movements, and we wanted to see what - if anything - was moving in our neck of the woods. There were fish everywhere, like nothing I've ever seen this early in the year. Carp, bass, suckers, and God only knows what else were porpoising wherever we stopped to look at the water. There weren't any pike sunning themselves in the river's back bays (at least not yet), but I've no doubt the fish will move in soon.

This weekend I missed what would have been my first carp trip of the season, and from all accounts there were fish to be found. Such are the obligations of family. Still though, that first trip is coming, and when it does I will be prepared. 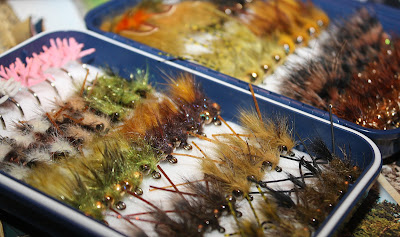 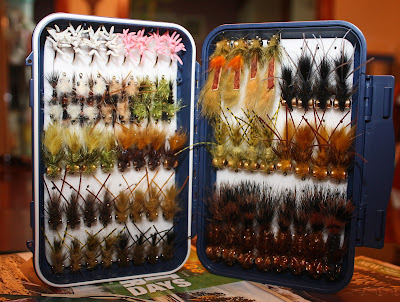 The Ides of March ... Plus Two

I have fished the Battenkill (Batten Kill for the linguists and historians amongst us) for over thirty years, and in that time she has remained an enigma. I've covered most every inch of the drainage - from the outlet of Dufresne Pond in Vermont to the river's confluence with the Hudson in New York - and she still confounds me. She's a fickle mistress, but every so often she gives up just enough ... just enough.

MANCHESTER - The demolition of the Dufresne Pond Dam may soon become a reality.

If the order is not appealed to the Environmental Court, Fitzgerald said it is expected that they would remove the dam sometime between July 1 and Sept. 30 of this year.

Once the demolition begins, Fitzgerald said he anticipated it would be about four weeks before work was complete.

According to Fitzgerald, one of the primary issues that they have heard from residents so far centers around the loss of the pond and the return of the Batten Kill to a free flowing stream. The reason for that, he said, is because the pond is currently stocked with fish and is a recreation spot for town residents.

The video that follows is more an excuse to listen to Imelda May for the better part of an evening than it is an attempt to chronicle our time on the river.